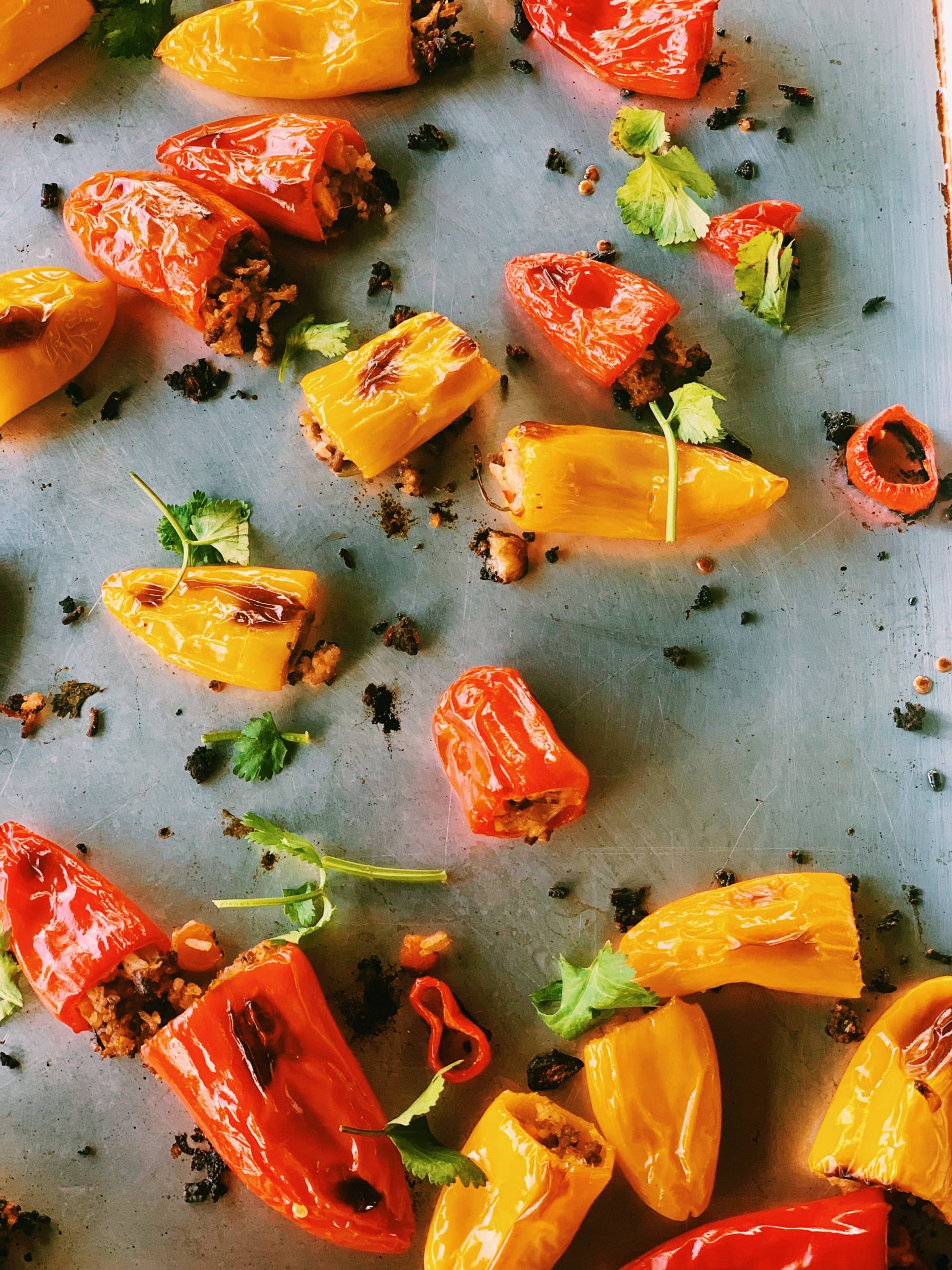 We were wandering the many aisles at Costco, where many happy food stories start. My Thai Hubby had found a bag of mini rainbow peppers, and on the bag was a bright, colorful picture of them being stuffed with yummy goodies. We looked at the adorable mini stuffed peppers, and had a light bulb moment! “Let’s make a Thai version of a stuffed pepper!”

I’d never made stuffed peppers before, but as I started to read different recipes, I saw many of them were stuffed with rice. So of course I thought why not do a Thai fried rice and then stuff the peppers with the Thai fried rice?

And it worked! And it was yummy! 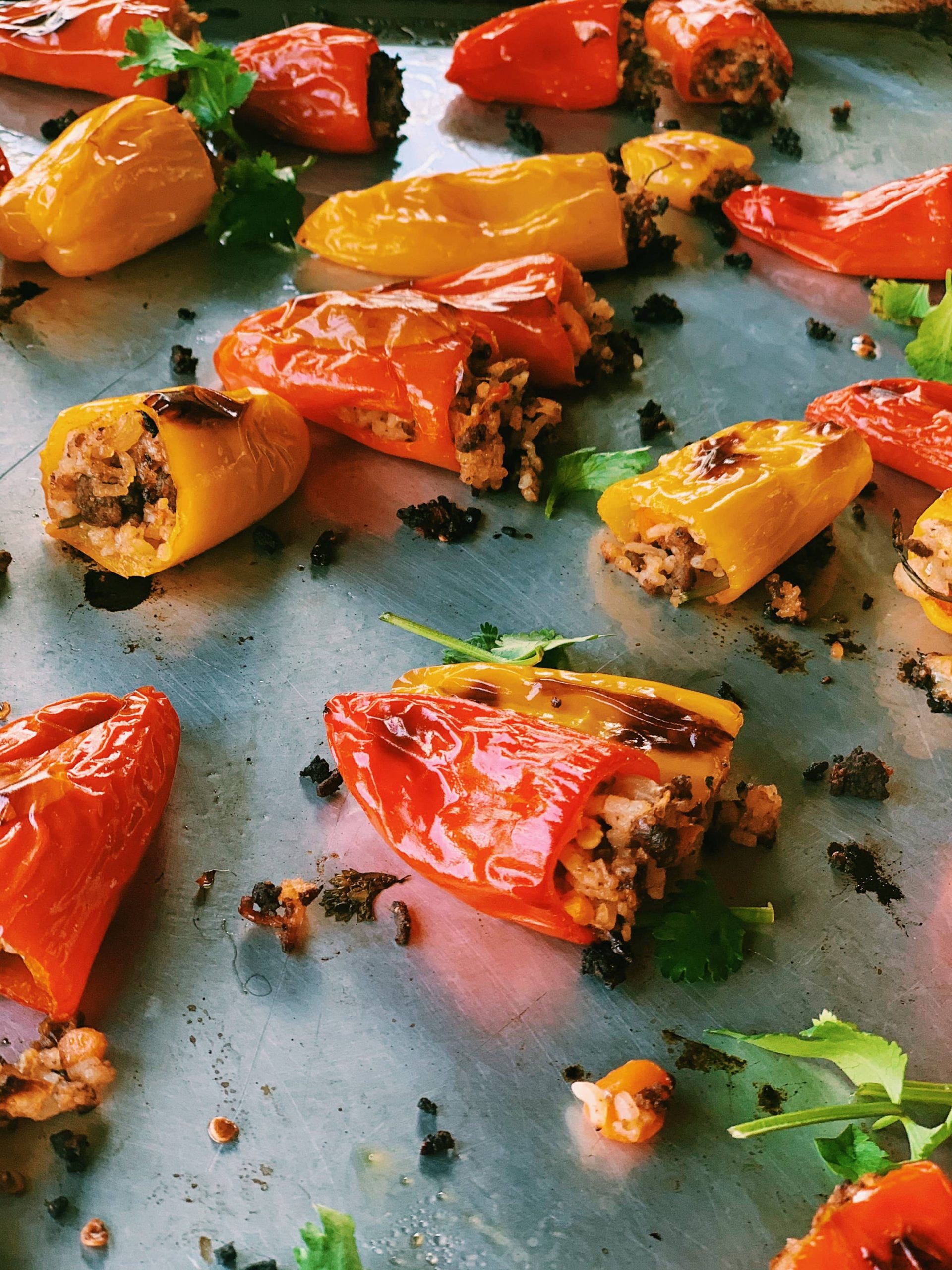 I gathered random ingredients for my Thai Fried Rice by rummaging around in my fridge’s veggie drawer, and came up with: tomatoes, cilantro, carrots, garlic, ginger and onion, and then added in some ground beef, egg, oyster sauce, fish sauce, and sugar.

Then I enlisted my sweet son to help me stuff the peppers. We cut off the tops first, took out the seeds, and then using tiny spoons that fit inside the peppers, we loaded them up. 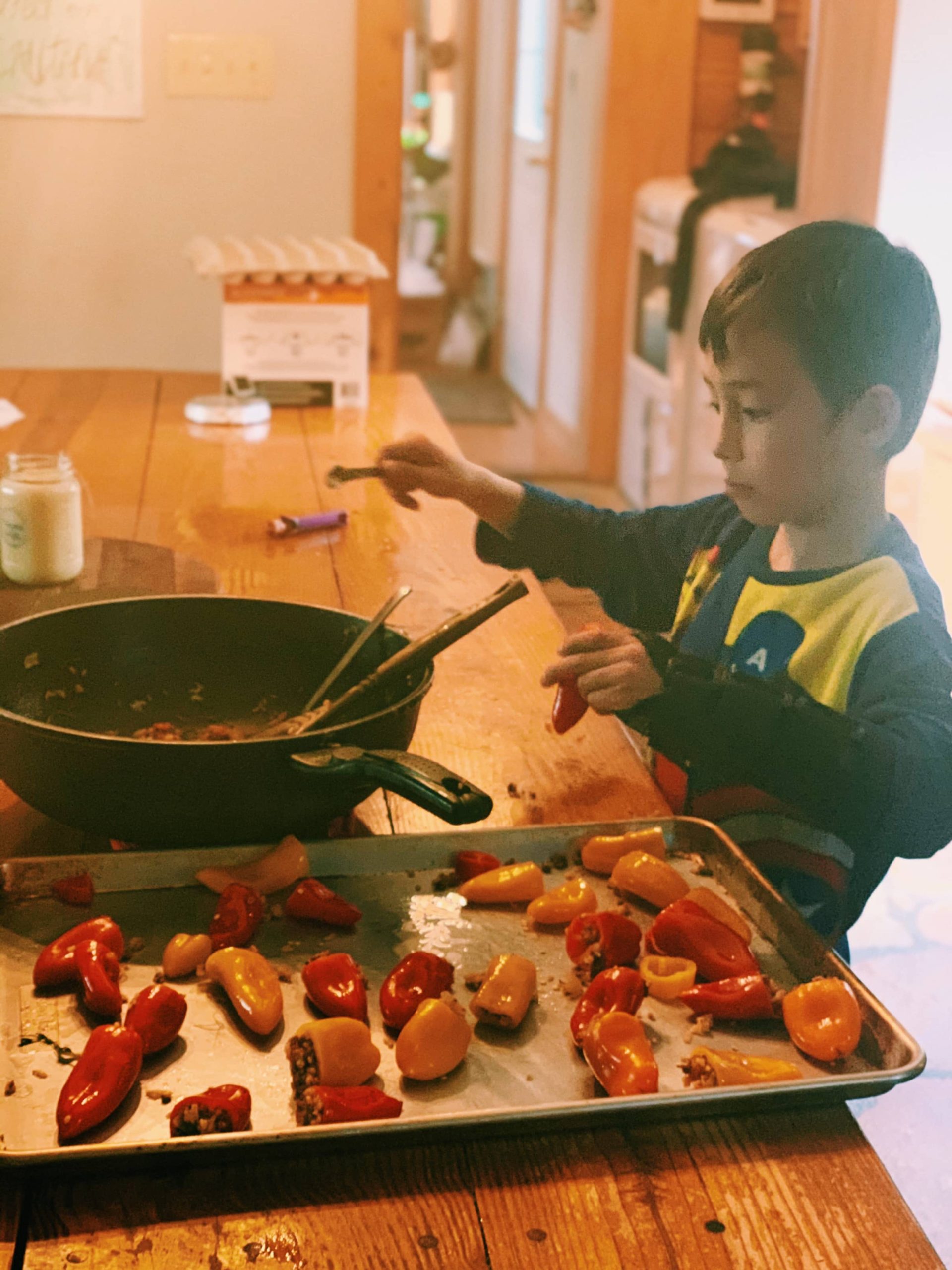 I’ve also seen recipes that put the rice mixture in large Ziploc bags, cut off a corner and squeeze the mixture into the pepper that way. We haven’t tried it, but if you give it a try let us know how it goes!

Then we slathered the peppers with grapeseed oil, or olive oil works too! And roasted them for 10 minutes, flipped them over, and roasted them another 10 minutes until they were starting to blister up and look all crispy and magical. 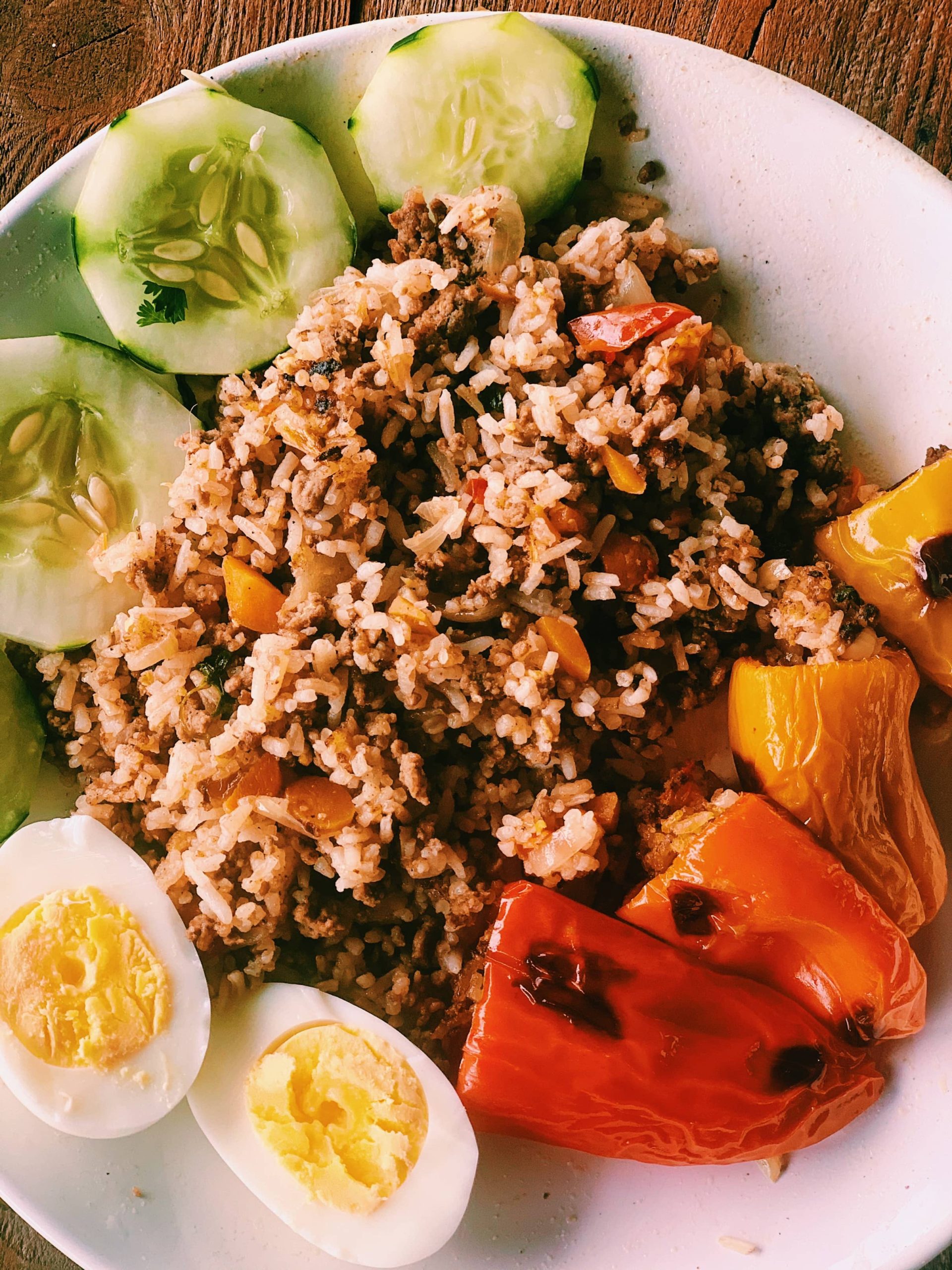 We plated it with the extra fried rice, and boiled eggs cuz all the colors, so pretty!

Stuffed Mini Peppers with Thai Fried Rice would also make an amazing appetizer, or like we did, just serve it alongside extra fried rice that didn’t fit in the peppers with boiled egg, or fried egg or any other sides you love.

Want a new take on Thai fried rice? Stuff some peppers with it, and let the the sweet, roasted flavors send you to another galaxy!