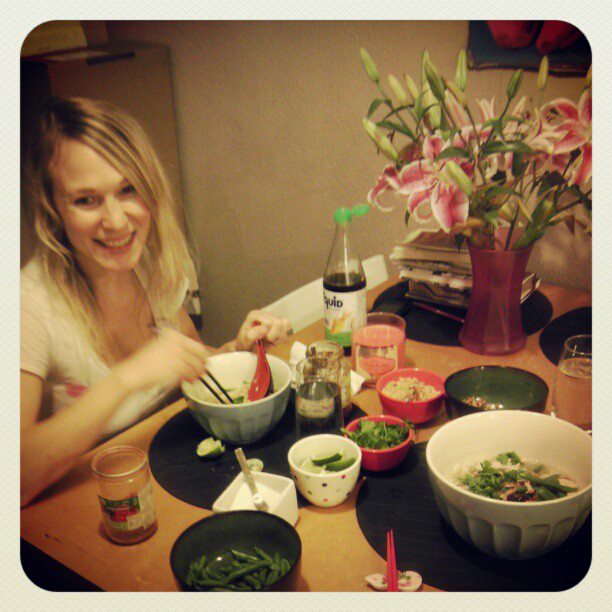 Sometimes I get a little too adventurous with thai cooking…especially when I’m making a weeknight meal and have a 5-month-old son to hang out with at the same time.

It all started when someone emailed me recently asking me more info about how to make the stock for Sukhothai Soup. After replying to their kind message and looking back over my Sukhothai Soup recipe, it got my tastebuds going. I went to HEB (our Austin grocery store) and bought green beans, a sure sign that we were going to have Sukhothai Soup sometime that week.

I think it was a Tuesday night. My dear 5-month-old Rocco had been doing great as usual, but then his teething set in again. It breaks my heart when his usual chill demeanor is overtaken by a whiny, sad munchkin who just wants to be held because his little mouth hurts so much. I love holding my little boy when he is all snuggly. But the best time for it isn’t when I’m making a Thai dish that involves more than a wok. 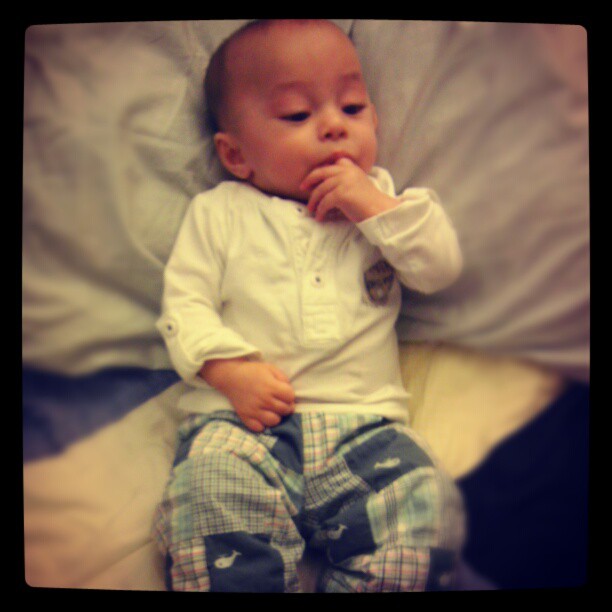 I had three pots on the stove boiling and steaming. I held Rocco and then put him down in his fun, blue bouncy seat. I raced to stir the stock and grabbed my strainer to drain the rice noodles. Rocco screamed. I held him and tried to balance him on my leg while bok boking the garlic. He calmed down, I put him in his blue bouncy seat again. I raced to finish chopping the green beans and picking off the cilantro. He screamed. I grabbed him and balanced him on my hip while cutting up the lime. He calmed down. I put him down and chopped up one more green onion and he screamed. And the cycle kept going and going.

But somehow I got everything on the table and the array of toppings that go in Sukhothai Soup on the table as well. But Rocco didn’t give me the chance to attend to the piles of pots and cutting boards and knives that needed to be cleaned. So Dom arrived home aghast at the mess that Sherri tornado left in the kitchen, and I was stressed, and Rocco was still sad, but our Thai dinner was beautiful and delicious.

But it would have tasted even better if I had been more chill and relaxed. So even a yummy Thai meal in a stressful house doesn’t make everything better.

Lesson learned: Make any meal that takes extra prep and cleanup on the weekend when Dom is there to play with Rocco. Or actually take the time to put Rocco in a baby sling while I cook to see if that works instead of running around like a crazy lady.

During the week I will stick to my quick go-to Thai recipes like Garlic and Pepper Chicken, Thai-Style Omelette and Krapaw Gai. That is until my sous chef Rocco is old enough to help out in the kitchen. Until then he is my Thai-Foodie pantry model, and he does a rockin’ job at that! 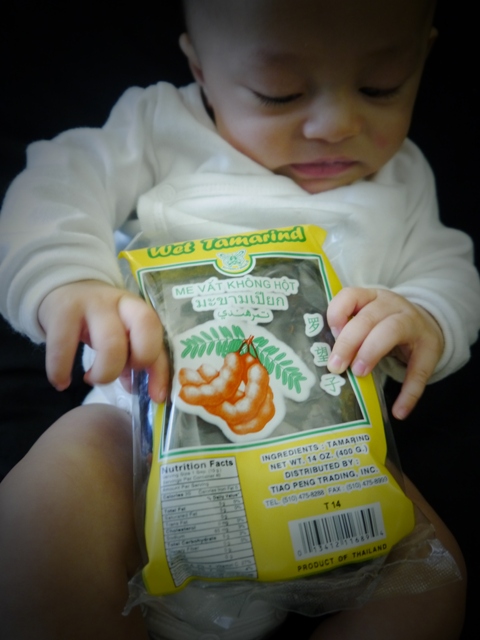 Previous Post
Is It Your First Time Cooking Thai Food?
Next Post
Crashing into my Thai Cooking Class