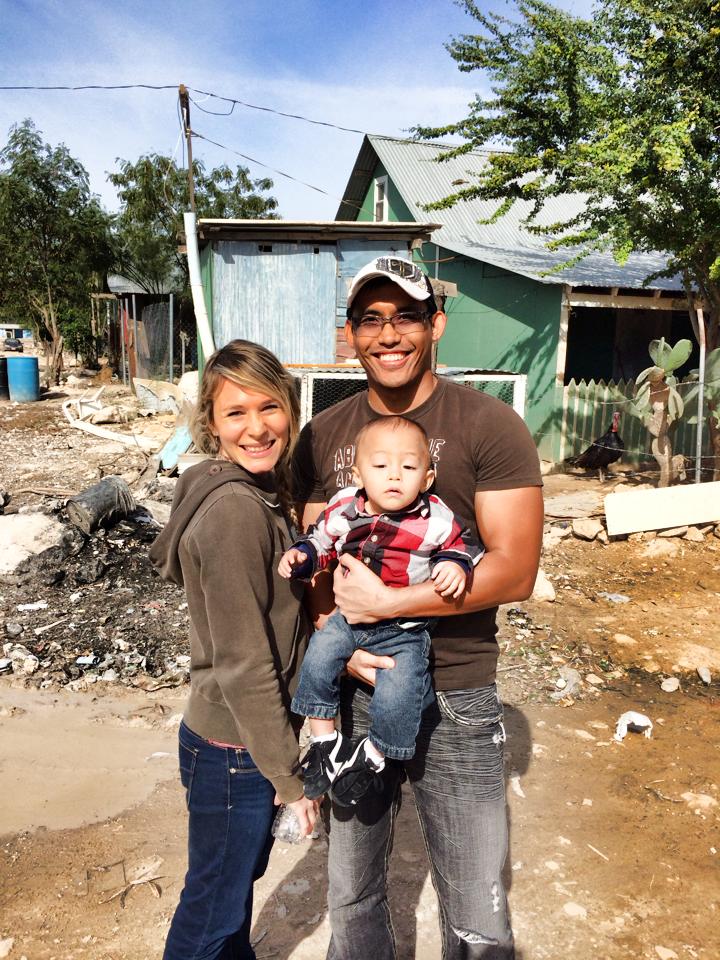 Thanksgiving Flashback to our Thanksgiving trip in 2013 to Reynosa, Mexico! It was four years ago, but the lessons I learned there still apply today:

We just got back from our trip to Reynosa, Mexico that I mentioned we were going on last week. Many have asked how it went, so I wanted to share what I took away from it. Enjoy!

“So your husband is Mexican right?” This is what almost every Mexican I met who could speak English said to me.

“No, he is from Thailand actually.” 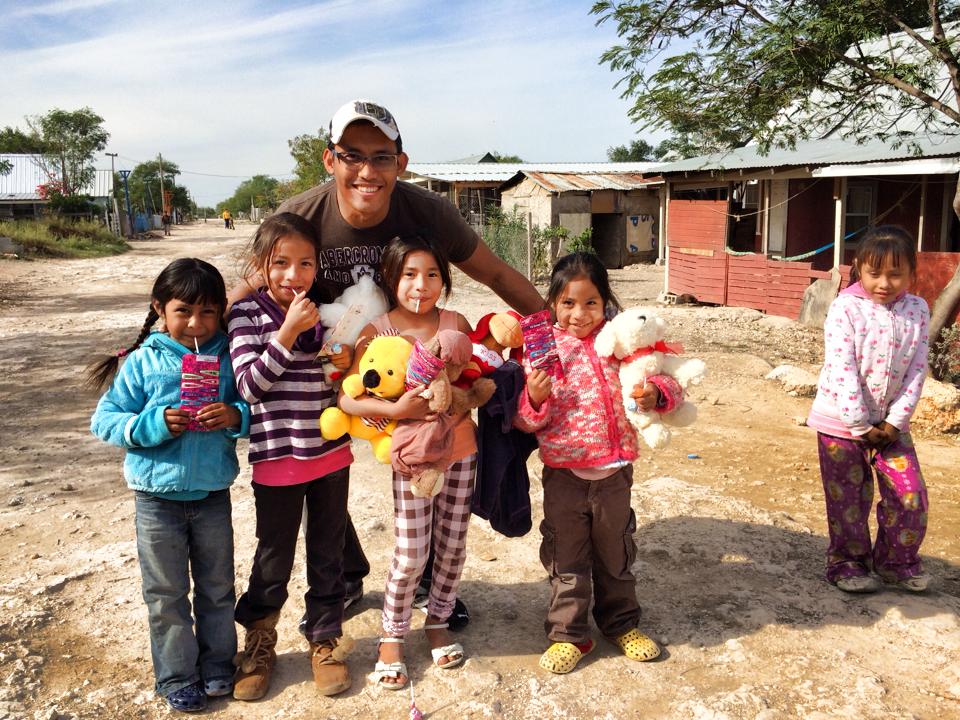 I also overhead a little Mexican girl pointing at Rocco’s eyes, and squishing up her eyes like Rocco’s and talking to her friend about how funny and tiny they were. I wanted to say, “Well he is Asian, so his eyes are pretty normal actually,” but alas, because of my non-existent Spanish skills all I could do was nod and smile and point at his cute eyes. 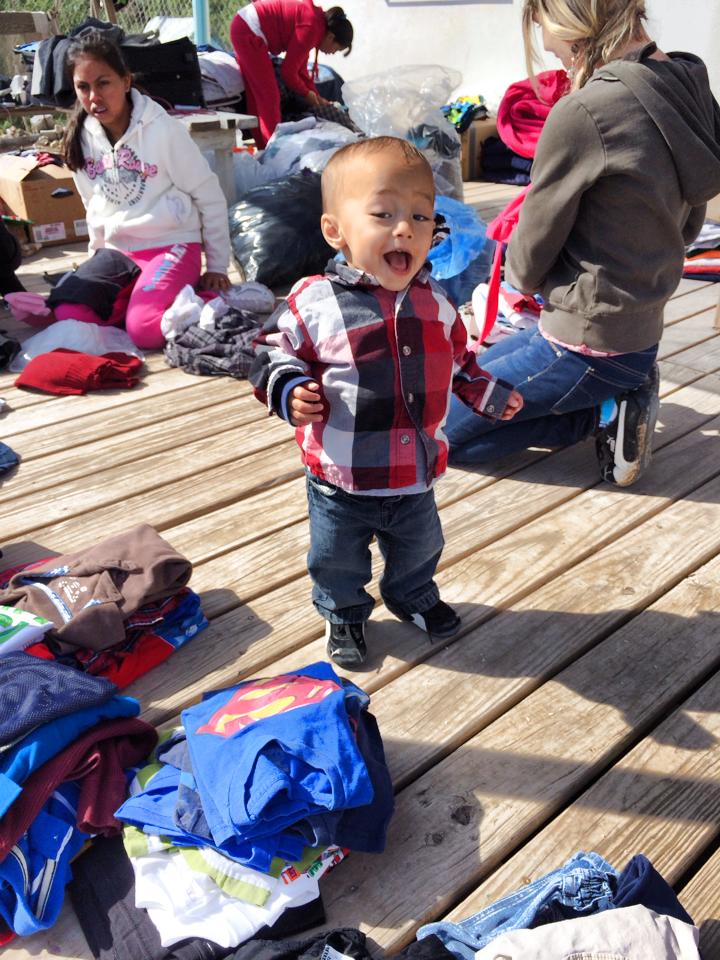 My boys definitely blended in on our trip to Reynosa, Mexico but I didn’t. My blonde hair fascinated the little girls that I swung in my arms and my lack of Spanish lead me to serving on the sidelines and observing the people around me, like Mama.

When we met Mama, she was brushing her daughter’s thick, glistening hair that was the color of the midnight sky. Her fingers intricately wound the soft strands and pulled it back into a simple braid.

Her other daughter sat on a rickety metal black-framed chair. She was swinging her legs while smiling as she studied the colorful English Spanish Children’s Bible in her lap. 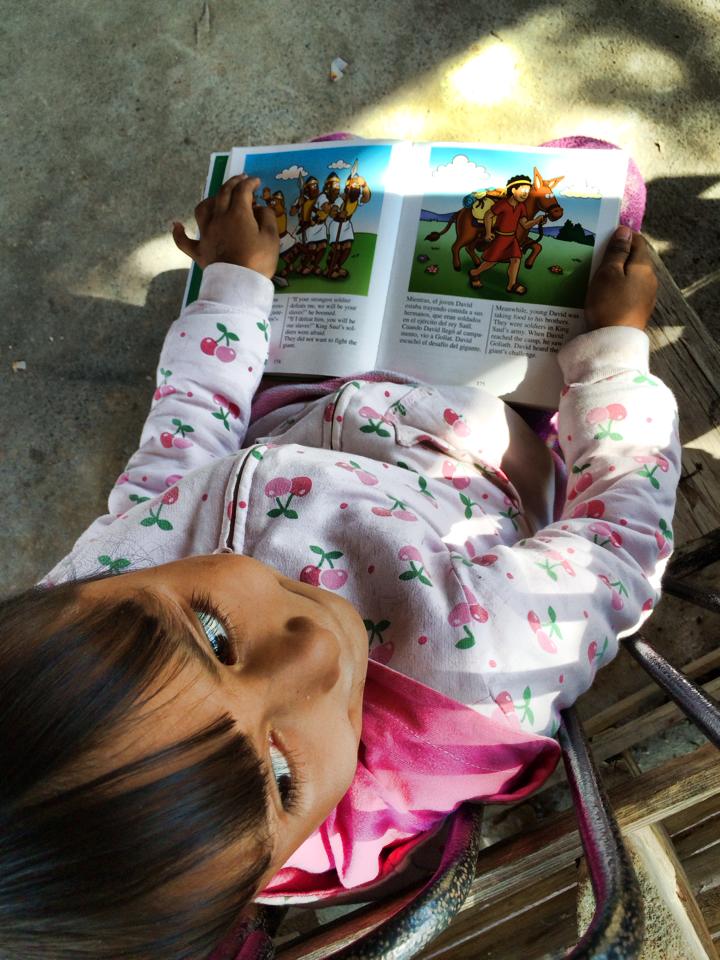 We waved hello to the family and smiled as our translator asked Mama about her family, how many coats and blankets they needed, and what prayer requests they had.

I didn’t know what Mama was saying to our translator , but I could tell there was a sense of peace and fullness over this home, unlike some of the others we had visited where chaos and heavy hearts overflowed out of their makeshift doors onto the dusty, potholed path. 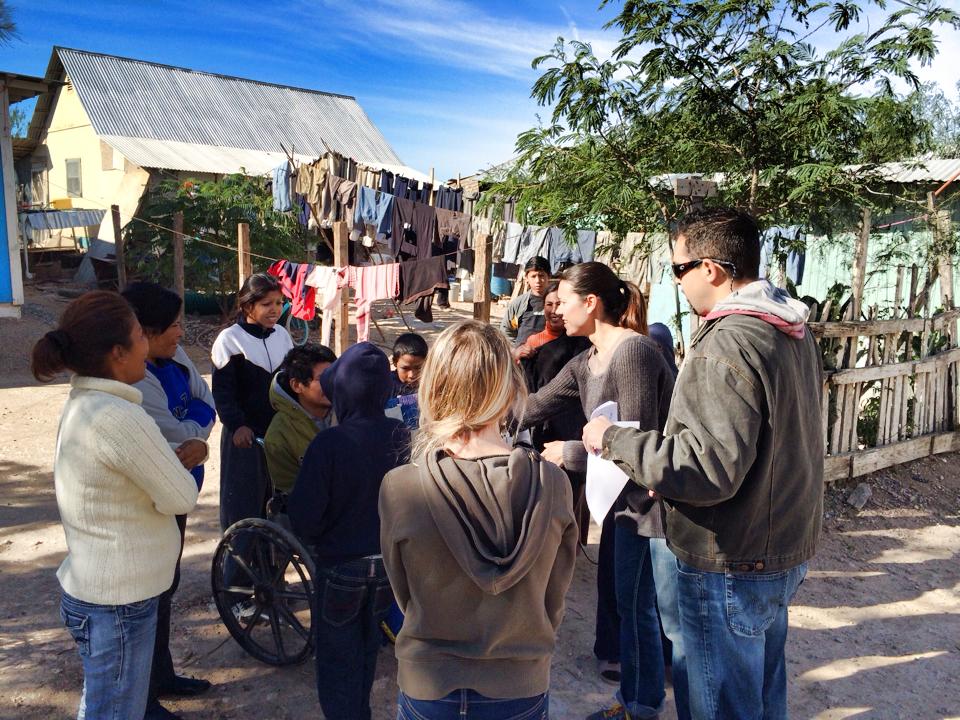 Mama kept fixing her daughter’s hair with expert grace and ease, as the translator told us that she had four daughters and introduced each grinning, shy girl to us.

As for her prayer request, Mama wanted us to thank God for the mercy He had shown her.

So we did. We thanked God for how He had taken care of this woman and provided her four beautiful daughters. And we gave her some more smiles and moved on. As we walked, children started coming out of their homes along the street and flocking around our truck full of coats and blankets like birds hungry for leftover scraps of food. 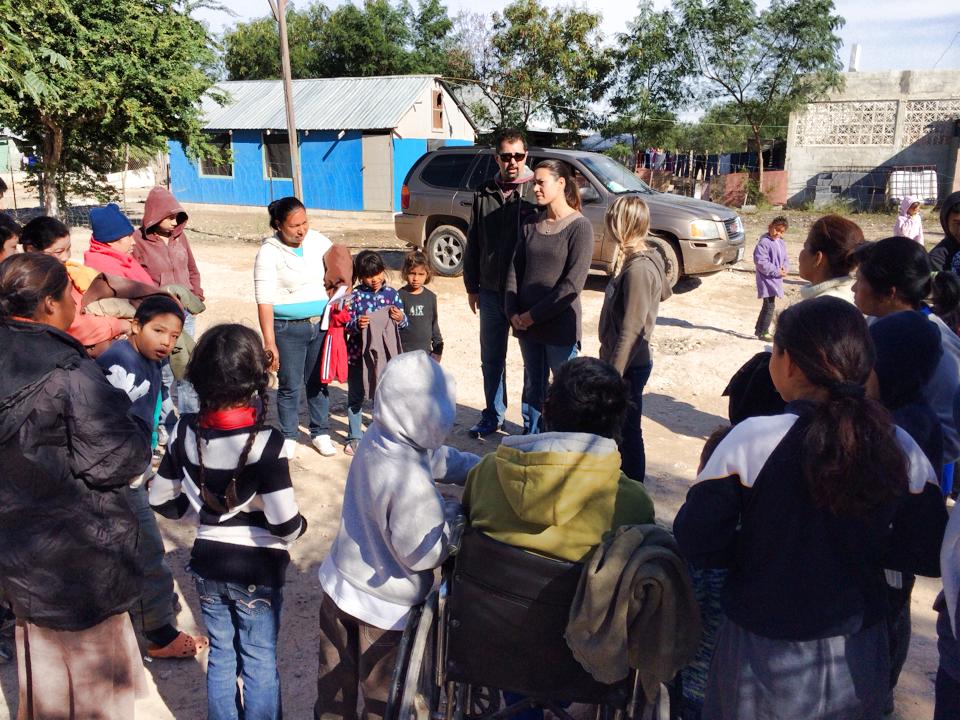 It wasn’t until we got back later and were talking about the different families we had ministered to that I brought up this woman. Our dear friend/translator said she was the only one who after asking how many coats and blankets she needed, she said, “None.”

But to an American eye, she needed many things. She lived in a poor community where most of the men are gone, looking for work over the border to provide income for their families.

They live faraway from their families, there isn’t electricity, no showers or baths, they have restricted water, and it’s a scary place to live alone without a husband close by to protect you.

And even though she did have probably a few threadbare coats and blankets for her kids, she didn’t think they needed more. She wanted others in the community who had none to get some.

The rest of our days in Reynosa, Mexico, Dom welded playground equipment, painted a house and put solar panels into a home. 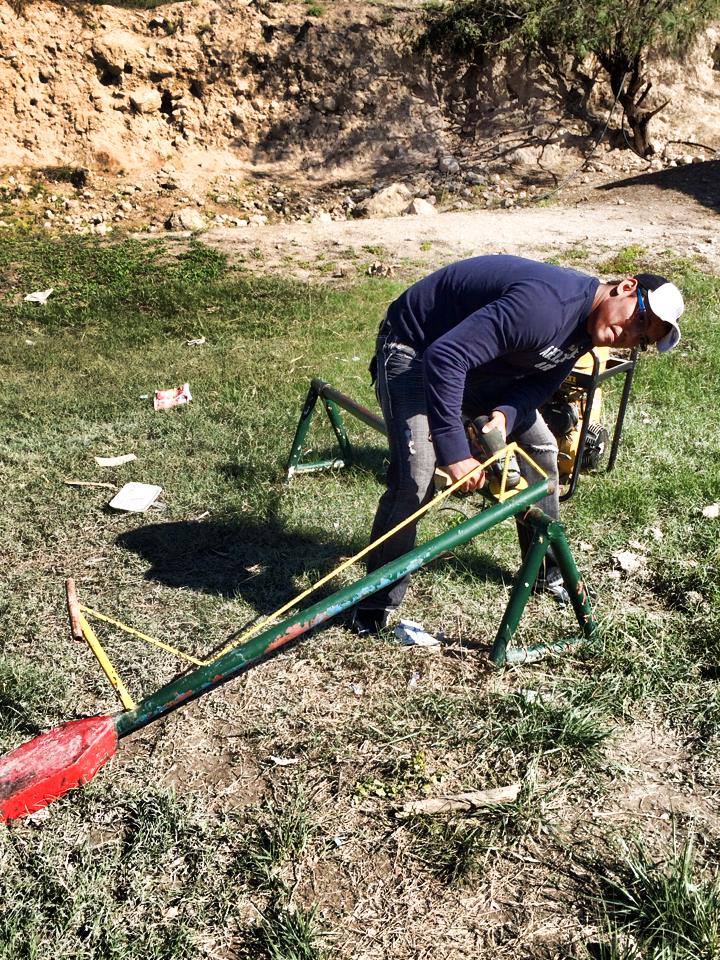 I helped do a Vacation Bible School where we taught kids stories from the Bible and did science experiments related to them like building their lives on the Rock since a life built on sand will fall away. 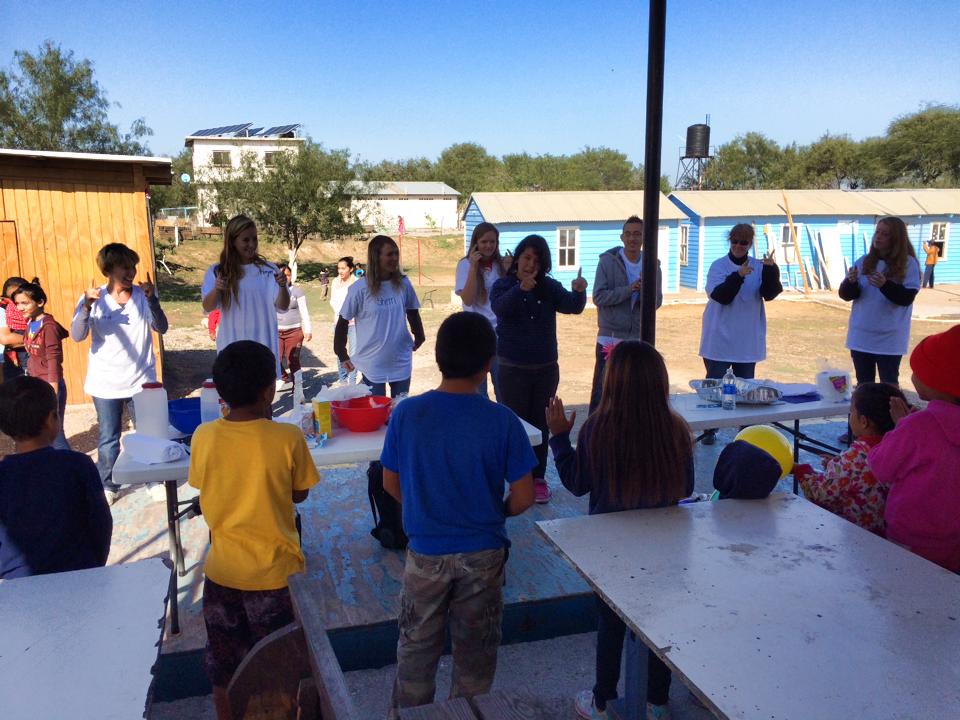 Rocco was the star of the show. Every little smiley, dirt-clad girl in the whole community must have held him at least once, while he grinned and bared it. 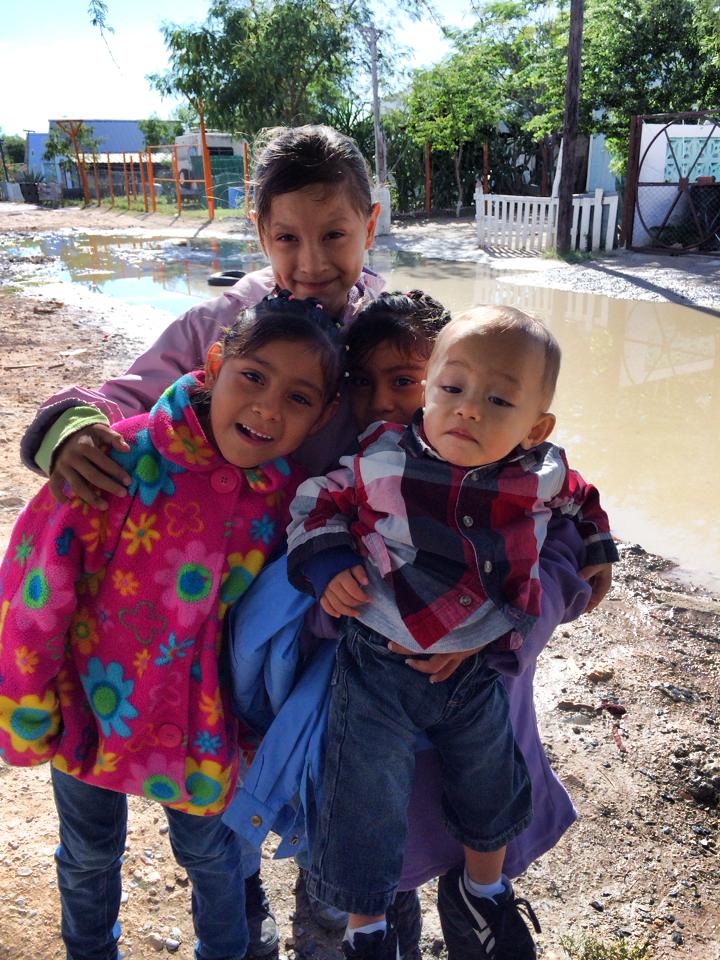 I even got to cook one day! We had a huge festival on Saturday where the whole community came out. There were two tables of women out on the porch of the community center chopping up piles of tomatoes, onions, jalapenos and cilantro to make pico de gallo.

I saw the pastor’s wife of the community who was helping lead the event chopping tomatoes and looking stressed, so I asked if I could help. She happily handed over her knife and scurried off to get things ready.

I was chopping up tomatoes, trying to spy on the women around me to make sure I was doing it correctly. They were chatting and gossiping in Spanish about someone while they chopped, and then after awhile they began scrapping off the onion skins and lime peels from the table.

When they got to my spot I realized I was the only one who had been cutting off the top of my roma tomatoes.

She scraped my tomato tops into the trash bowl, and I overheard her saying something about, “Gringos!” to the women around her, and chuckles ensued.

Then a sweet little lady stepped up next to me and offered to take my spot. Oh well! At least I got the recipe down, and now I’m going to make my own Thai-Style Pico de Gallo soon, and then see what those ladies have to say about gringos!

But out of the entire trip, the one woman I keep coming back to is Mama with the dark red home and four daughters who had no needs but only praises to God. She was living out Thanksgiving, every day of her life.

How I wish I could be as rich as her. 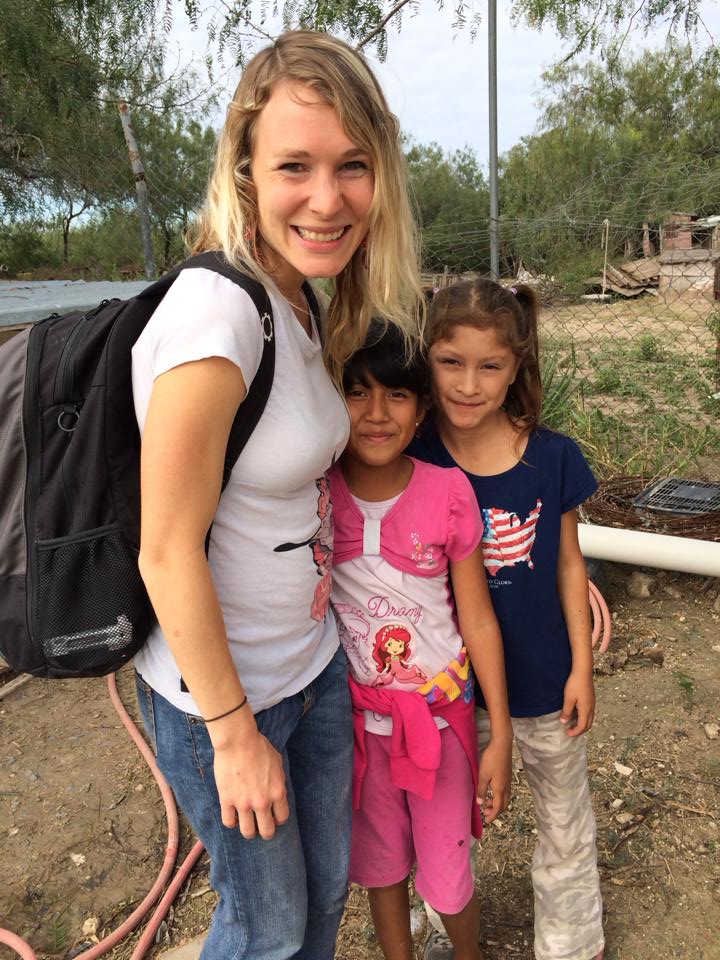