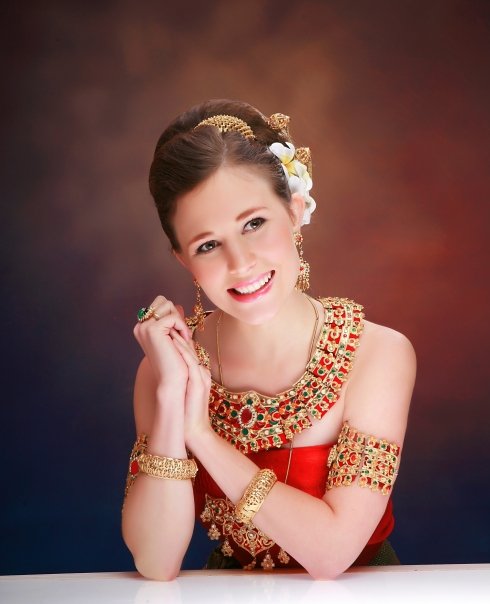 In honor of Valentine’s Day coming up, I’m sharing our Thai-Foodie Love Story in three parts. Check out Part 1 here and stay tuned for Part 3, arriving on Valentine’s Day.

A few months later, in October of that year, I was swimming in the crystal clear waters of Hua Hin, a sleepy beach town near Bangkok, with my new friends from the school where I had landed my teaching job. 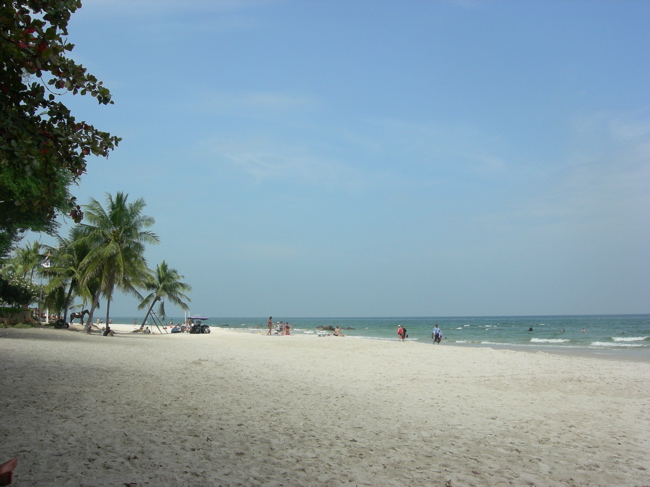 While the waters of the Gulf lapped over me, I felt as light and refreshed as the coconut juice I had sipped earlier under a rainbow beach umbrella in the golden sand.

I was talking with my boss slash friend, Ja, who was only a few years older than me. 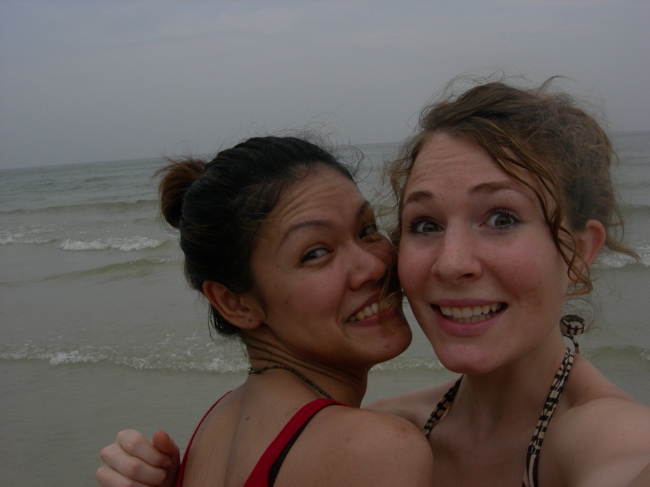 Ja and me on that day special on the beaches of Hua Hin.

She told me that she had a Thai friend at our church that was into foreign girls.

She was my boss and my friend: a tricky situation to be in. Also, for the past three months, I was savoring every second of the spicy, laid-back, exotic life of Thailand, and I’d been learning something big: I never wanted any fears to hold me back from living an abundant life—including the fear of exposing myself to pain.

I figured I should just go ahead and meet her Thai friend and after hanging out maybe once I could just tell her I wasn’t into Asians and that was that.

The next week Ja and I went together to a concert at our church. We arrived near the entrance, and she whispered to me, “That’s him going up the stairs.”

He was chatting with two American guys. I easily detected strong defined arms under his faded blue Hollister shirt, which paired well with his khaki cargo shorts. A Nike baseball cap sat backwards on his midnight hair, and on his caramel-toned face he wore hip Bono-style glasses. 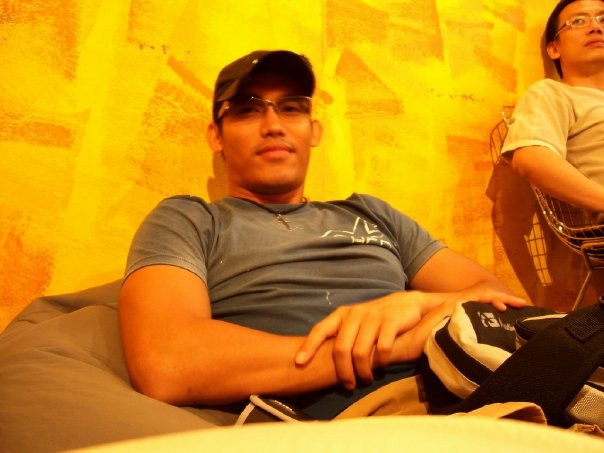 Dominic back when we first met!

Maybe it wouldn’t hurt to meet this guy, Dominic.

After church we went to a jazz bar with some of our friends. We all sat upstairs at a long table, and I sat next to Dominic.

We shouted in each other’s ears over the loud music, trying to decipher what the other was saying with blaring music and slight language barriers interfering. By the end of the night, all our friends had migrated to the front of the stage downstairs, and it was just the two of us.

Then he slyly asked for my number.

The next week I got a text that said, “Hope you have a good week,” and my heart fluttered rapidly like a baby bird when it just discovered its wings. And it just got more intense when he actually called.

I was scared and stayed up at night wondering what I was getting myself into; yet at the same time I was living an adrenaline high so strong that not even my skydiving experience in New Zealand could compare.

During our phone conversations, I learned about him. He had converted from being a Buddhist to a Christian a year ago, and he explained how it had transformed his life.

I was definitely head over heels, rolling down a grassy hill, in love.

The months passed of dating, visiting, chatting and February rolled around. On Valentine’s Day, he nervously asked me to be his girlfriend, and nervously I said yes. 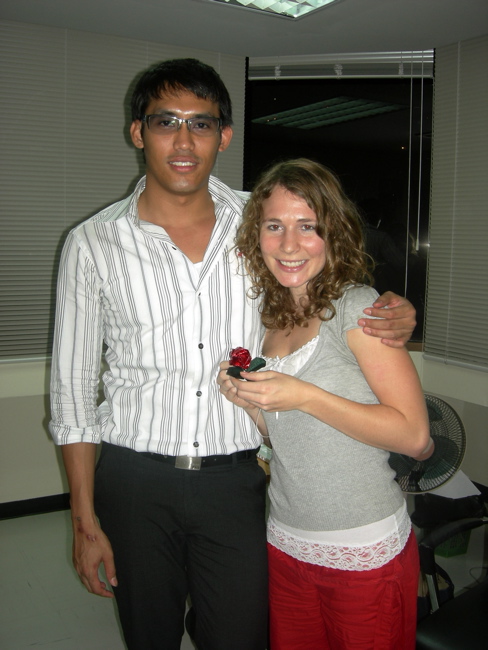 Valentine’s Day when Dominic asked me to be his girlfriend.

But it wasn’t until Ja asked me if wanted to renew my contract and teach in Thailand for another year that I realized how before me was the biggest risk of my life.

I wrote one morning about it in my journal. I imagined myself at the edge of a dark, despair-ridden canyon. I could easily turn away, and go back home, and leave behind this relationship and any pain I may potentially fall into.

Or I could stay, take a giant leap across the dark void and see if I fall in the abyss of broken-hearts, or maybe safely make it to the other side, still whole and even stronger than before.

What do I choose?