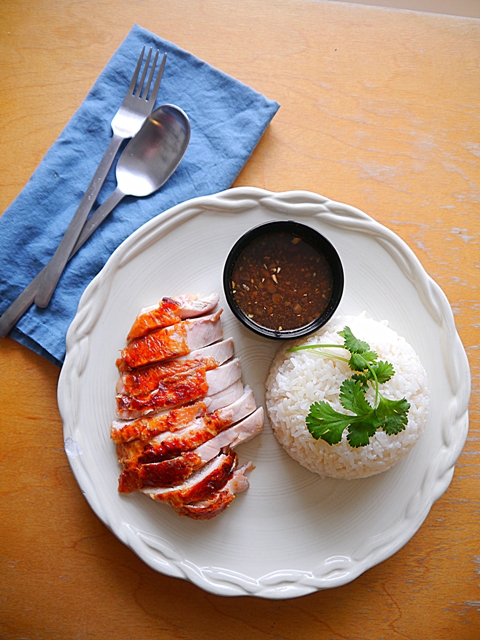 After waking up in my friend’s apartment who lived near Dom’s, I would put on my fresh work clothes, which I knew would become wet with sweat from the Bangkok heat long before I got to work, and walk down the hall to knock on Dom’s door.

He would open the door, giving me his manly grin, wearing black work pants, a white polo, smelling of my favorite cologne, and have two motorcycle helmets in one hand, and take my hand in the other.

We went down the stairs outside to where his little Honda motorbike was parked. I would get on the small back seat and sigh with contentment as I held my strong Thai boyfriend tight while he zoomed in and out of traffic and smelly exhaust fumes, making our way to our humble breakfast spot.

Most of the aluminum tables were already teeming with children wearing pale blue, button up, uniform shirts with their names embroidered in navy blue on one side of their shirt. The girls looked dwarfed in oversized blue pleated skirts, and the boys wore blue shorts that ended at the top of their knees. 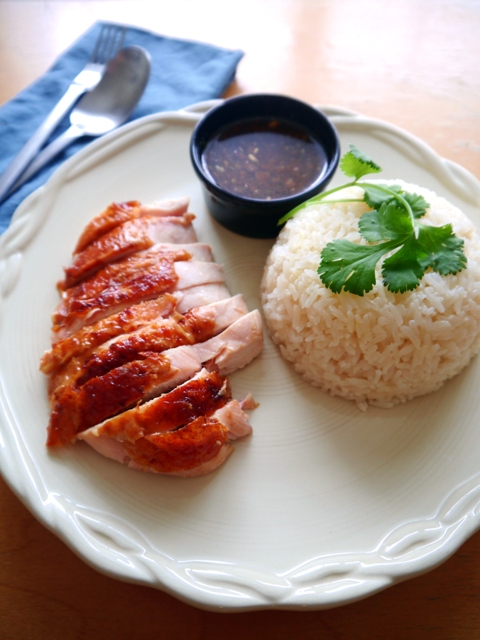 All of them had plastic plates of khao man gai, Thai chicken and rice, sitting before them, quietly taking bites while watching cartoons on the old TVs spread throughout the small street vendor/restaurant on the side of the road.

Dom and I never talked much at breakfast, instead we just savored. I loved putting the khao man gai rice, cooked with chicken broth and ginger, on my spoon. Then I cut a piece of the pre-cut boiled chicken into an even smaller bite, so that it would last longer. I would dip my bite into the small bowl of dipping sauce full of ginger, chilies, and garlic and then revel in the simple, indulgent flavors.

There was also always a little bowl of soup, made of chicken broth and winter gourd squash, that I was supposed to sip between bites. I loved how just smelling the scent of the warm chicken broth while I ate made every bite more homey. I would usually forget to sip the soup though, since I would be so excited about my khao man gai, so by the end, Dom would just finish my soup off for me.

As the kids around us finished off their breakfasts and hopped on the city bus to go to school, I would gaze at my Thai boyfriend, and soak up each breakfast, knowing that this just doesn’t exist in America.

But recently I made khao man gai, that brought us back to our dating days of eating it for breakfast, while we were sitting at our simple table in Austin. 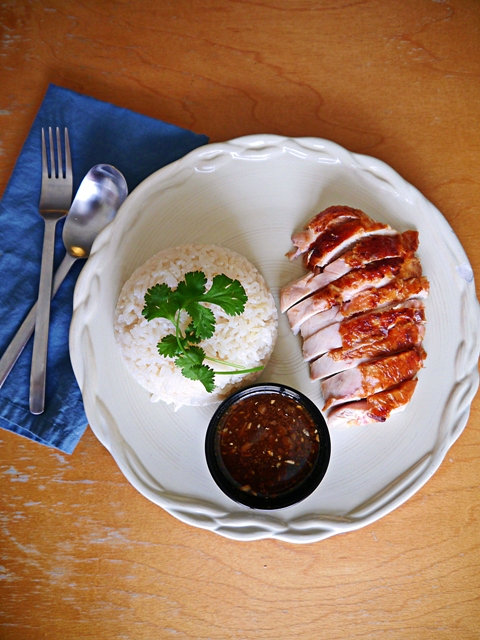 I’ve tried making khao man gai before, and it was an epic fail. I didn’t boil the chicken correctly, so it was still red when it was supposed to be cooked, and never seemed to cook through. Then I added way too much dark soy sauce to the dipping sauce, so it was painful to even take a bite. I cried.

But now that I have a 17-month-old, and am 11 weeks pregnant, I’ve decided to take things a little easier. Lately we’ve enjoyed buying a rotisserie chicken on Sundays after church, and eating it at home khao man gai style, and it’s warmed my heart every time.

It of course doesn’t taste exactly like the original (and here is an awesome khao man gai recipe, which is where I adapted my sauce from, if you do want to know how to make the not as quick version of  khao man gai), but for an exhausted, but happy mom, my khao man gai recipe works perfectly.

The khao man gai sauce and the rice are really what make this dish come alive for me, and they are so easy to do! Try it out today, and I hope it warms your soul as much as it does my Thai hubby’s and mine!

Try out Khao Man Gai, a quick weeknight meal that uses a rotisserie chicken to make Thai Chicken and Rice with a ginger chili dipping sauce!

You can add some tapioca starch or corn starch to the sauce if you want to thicken it some. I mix about a 3 tsp. with some water and then add it at the end before it boils.