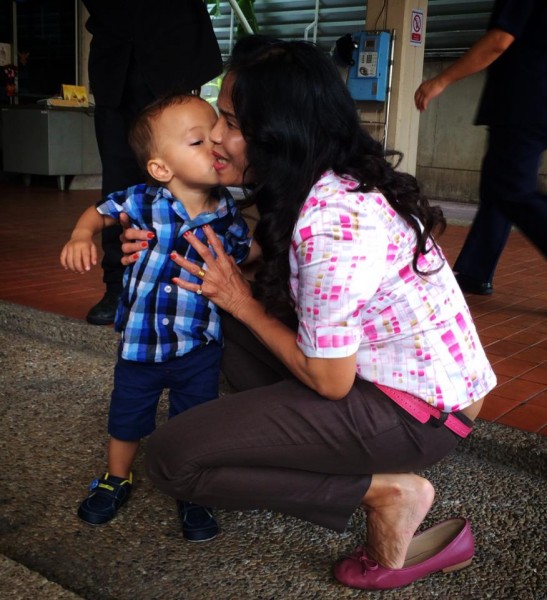 The only time I’ve seen my Thai mother-n-law in the kitchen in Thailand is when she was getting bowls from the cabinet and forks and spoons from the kitchen drawer to use with the food she bought from a street vendor on her way home from work.

The only time I saw her in our kitchen in Austin is when she was helping me out with dishes.

My Thai mother-n-law, who my family calls Patty because it’s easier to say than her Thai name, is a successful business woman, but hasn’t had much time to learn the art of cooking Thai food. But she sure does love eating it, way more than American food.

After our recent three-week trip to Thailand, Patty and Oi, Dom’s half-sister, came back to America with us for three weeks. After eating American food for two days straight, the next day they started to say how much they missed rice, and just wanted Thai food. So for the next two and a half weeks, we made mostly Thai dinners for their meals. 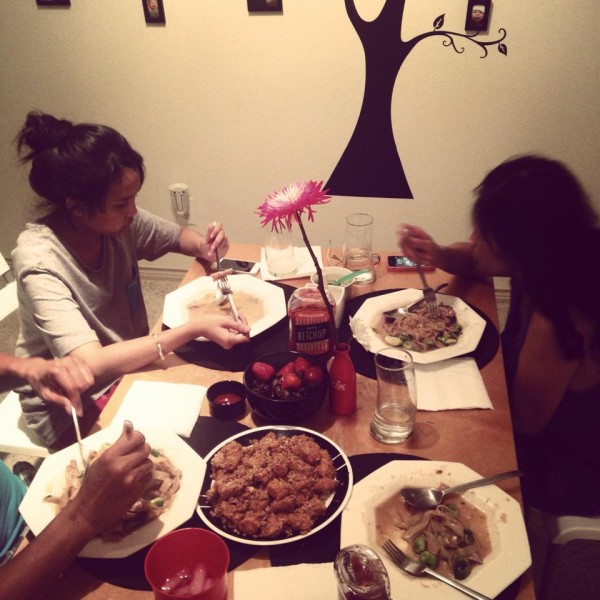 Since Patty doesn’t know how to cook, Oi and I worked together to make the meals. Oi’s grandmother had taught her how to cook some, but being 19 she only cooks every once in awhile for fun with her friends. So I learned some from her, and she learned from me.

I was super nervous about having my Thai mother-n-law try my Thai cooking. Most Thais are very blunt when it comes to telling you if they like something or not, and aren’t afraid to say, “This is gross!”

But that also means if they really like something, they aren’t afraid to say that either, and they aren’t just being nice.

The first Thai food I made for them was khay jiao, a Thai-Style Omelette. I was nervous after they took their first bite, but right away Patty said, “Alroy mak!!” which means very delicious, and then she added, “This is better than the khay jiao Dom made us yesterday!”

I chuckled and breathed a sigh of relief. Oi agreed that she like my Thai-style omelette better than Dom’s and even told him so later, like any good sister would. 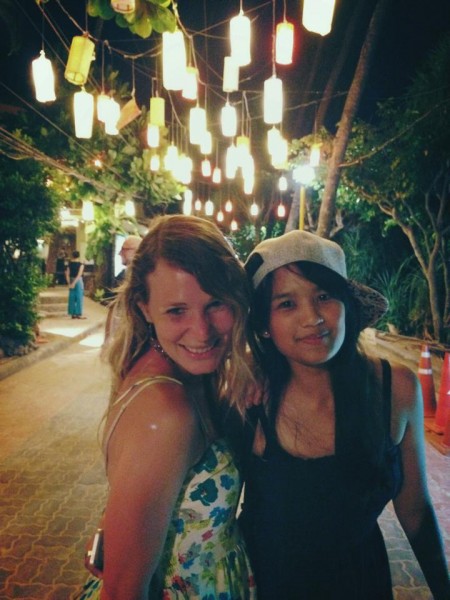 The same “Alory!!” response happened for the rest of the Thai food I made them. And they even liked my non-Thai creations. Each day I made Patty espresso that I make every morning with my red Bialetti Moka Coffee Maker

, which she savored. The day after she got back to Thailand she called and said, “I miss Rocco, and I miss Sherri’s coffee so much!”

They also savored the brownies and cookies that I made for our neighbors and waffles too! The last day before they left, Patty was discussing with Dom at our kitchen table that once she retires in two years, she wants to invest in us starting a restaurant /bakery/coffee-shop of some sort. She said I was such a good cook she knows everyone would love it! 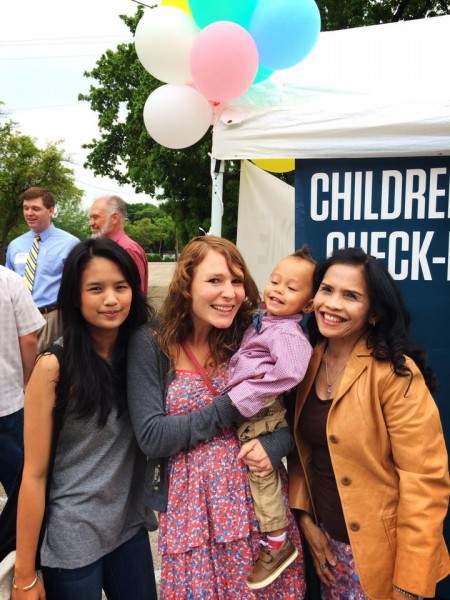 I’m not sure if I’m up for having my own restaurant, but just hearing such sweet words from my Thai mother-n-law made my heart glow and feel so grateful.

But really I think my sister-n-law summed up why I can make Thai cooking that even Thais like, “It’s because you love Thai food so much! That’s why you can cook it so well!”

So no matter where you are from, if you love Thai cooking as much as I do, and love doing what it takes to experiment, and cook it often so you can learn what works, you can make Thai food that a Thai mother-n-law would swoon over! At least that’s what I’m sticking to!