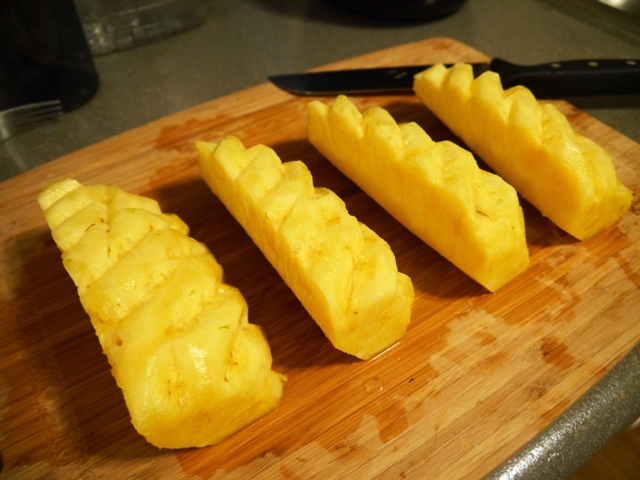 Dom told me when he was a kiddo in primary school he took a stupid class.

In the class he learned how to cut fruit into flowers, which is popular in Thailand. I thought that sounded like an awesome class. But no, he said it was stupid because cutting fruit into flowers is a “girl’s job”.

He has come to know that Americans don’t call certain jobs “guy’s jobs” or “girl’s jobs”, but just jobs. Yet, sometimes that Thai spice still comes shining through and he slips up.

But even though he refuses to do the “girl’s job” of cutting fruit into flowers, he can cut a mean pineapple.

And he told me how he does it. Dom’s words exactly:

You can finally learn the coolest way in the world to cut a pineapple.