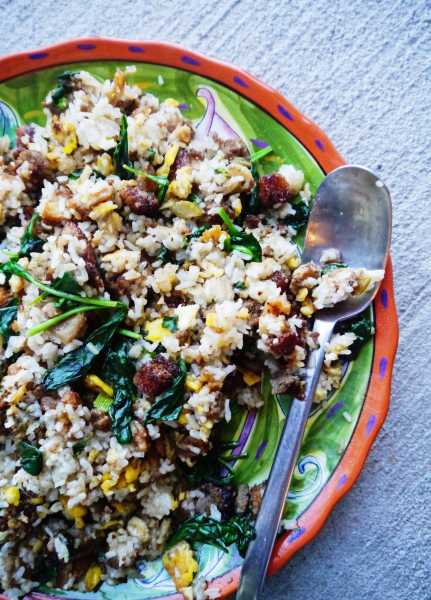 A few years ago I hosted our first Thanksgiving, and did it completely Thai-Style, with no American dishes except for the mashed potatoes my friend brought. It was awesome.

But I did miss having some of those traditional Thanksgiving dishes too that I only get once a year. So when I hosted my second Thanksgiving this year, we had a Thai-American mix!

How in the world did I cook all that you ask? My mom was here, and we spent days shopping, prepping and cooking, and it was so fun! One huge reason why  is my dad took my three kiddos to the park, so we had the whole kitchen to ourselves. 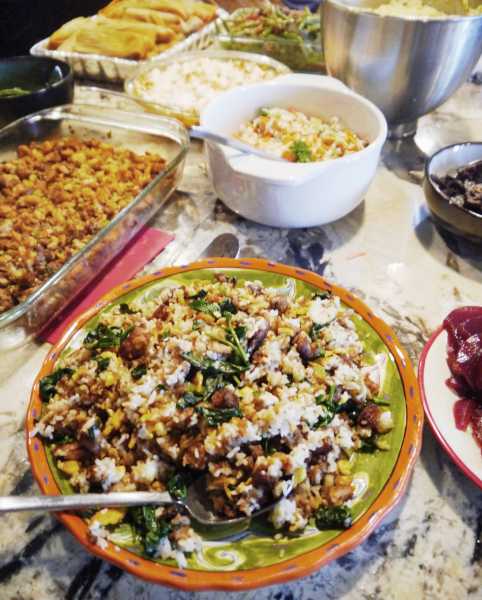 I was reminded how much I love cooking even more when there are no “Mom!! I need a band-aid for my invisible boo-boo now!!” “Mom! She wants to play with my blue lego piece, but it’s mine!” “Mom! Where is my pink unicorn??” distractions around.

When I saw this Stuffing Fried Rice recipe in my Bon Appetit magazine a few years ago, I knew I wanted to make it one day for Thanksgiving because it seemed like the perfect fusion Thanksgiving dish. 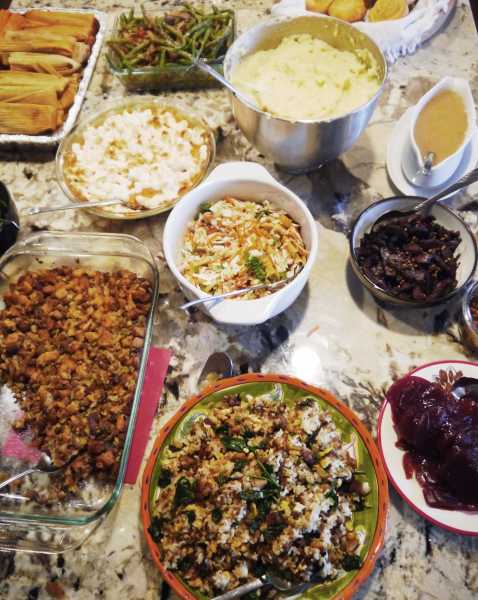 I didn’t connect at first that I had to make my own stuffing separately, which freaked me out a bit since I’ve never made stuffing before.

But we were having neighbors over from Hong Kong, and Mexico, plus my parents from NC, so I wanted to introduce my friends who had never had a traditional Thanksgiving what it was like, and knew the traditionalists would like some stuffing on the table anyways.

I made this easy sausage and herb stuffing, and it worked great in the Stuffing Fried Rice, and it was yummy on its own too. 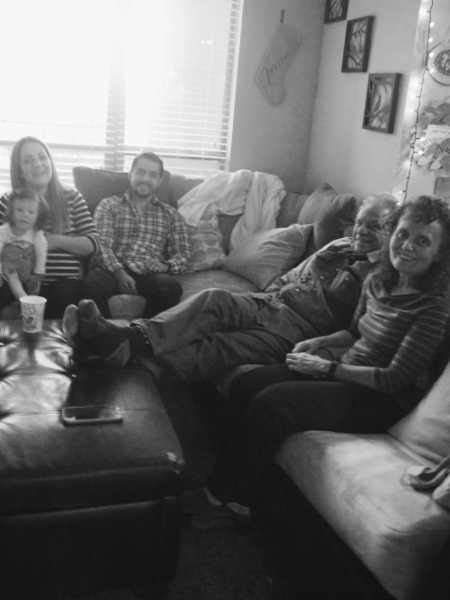 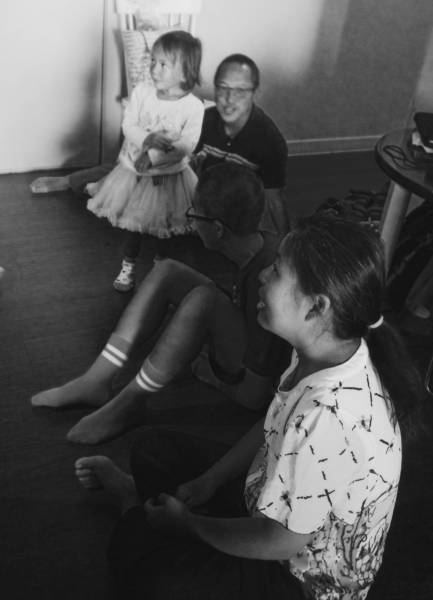 I made this for our Thanksgiving meal (much to my Thai Hubby’s delight), but whoa, is it perfect for Thanksgiving leftovers or what?!

Make it and share a pic on Instagram, and tag me @thaifoodie cuz I want to see!

The best way to eat leftover stuffing from Thanksgiving is in stuffing fried rice! You wont want to eat stuffing any other way again!

If you don’t have mushroom soy sauce, feel free to replace with fish sauce, soy sauce or more oyster sauce. Fried rice is flexible, and will taste amazing with most any kind of soy sauce.

If the fried rice doesn’t taste savory enough after adding two or so tablespoons of whatever sauce you add, try to avoid adding more sauce because the rice can get more gooey the more sauce you add. Instead, add a little bit of salt to taste, so that the rice doesn’t lose it’s texture, but still gets more flavor.