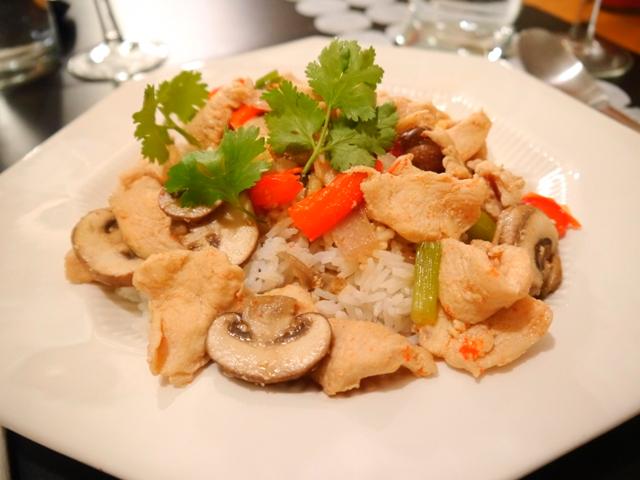 Sorry about the lack of recent posts. I’ve been spending precious time with these two Thai men below, the little one has kept me especially busy.

Yesterday was his one month birthday! We celebrated over Pumpkin Pie and Texas Au Lait ice cream from Lick, an ice cream shop in Austin, TX that uses only local, seasonal ingredients. Dom said I should have given them some of my milk, which is a local ingredient, so they could make some ice cream for Rocco.

I decided against that, but Rocco was a little jealous that he couldn’t have any, yet he got over it quickly. 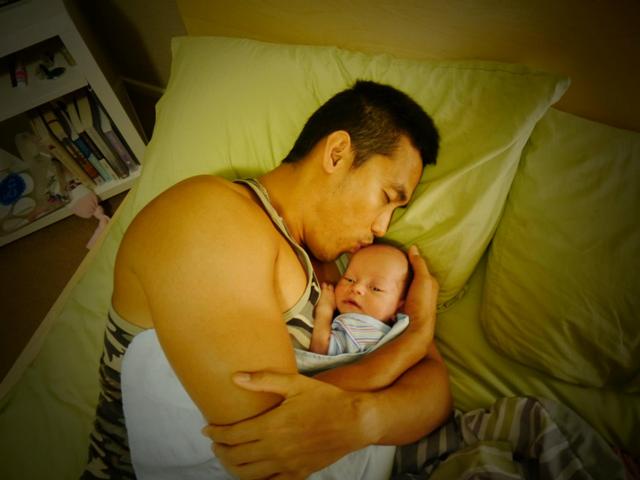 Now onto what you have been waiting for, Thai Ginger Chicken.

The closest I had ever gotten to ginger before Thailand was sipping ginger ale—something I always request on every flight I go on, and usually don’t drink elsewhere. Anyone else have any flying quirks like me? I loved the taste of ginger ale, but before Thailand I never thought of eating it.

Oh how things have changed.

Ginger now always hangs out on our kitchen counter, waiting to be peeled and chopped and thrown into our warm wok. I can’t imagine life without it now.

Ginger has a kick to it—not the same power as a Thai chili pepper’s—but it wakes up your sinuses in a similar  way that wasabi does, but not as intense.

And one Thai dish in which ginger is the star of the show is Gai Pad King, Thai Ginger Chicken.

Whenever I’m chopping the ginger for this dish, or any dish with it, I peel and chop a huge mound of it and put down my knife.  Dom always looks at the mound and sweetly says, “Can you use more ginger please?” He can never get enough of it, and neither can I.

We have Thai tongues that like to tingle, but if you don’t, feel free to use less ginger to your tongue’s satisfaction.

And on a side note, I have found a new ginger ale that is made with real ginger that I love to drink anytime, even when not flying. It makes my taste buds wake up and smile with every sip—Maine Root Ginger Brew. 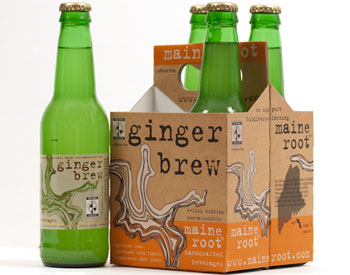 Try it with this dish and see what ya think. I wish they offered it on every major airline. Maybe one day…

Do you love ginger? Your taste buds will rejoice once you savor the spicy kick of Thai Ginger Chicken!

If you want less of a ginger kick, use only about 1/2 cup of ginger.

Feel free to use less fish sauce and add in some Thai soy sauce if you have it.